How Many Times Should You Attempt to Call Back a Prospect Who Leaves a Message?

January 5, 2021 Jim Rauch Comments Off on How Many Times Should You Attempt to Call Back a Prospect Who Leaves a Message? 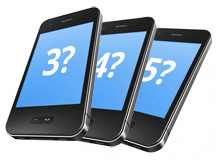 While the vast majority of inquiries generated by LeadQ are direct phone calls, occasionally a prospect leaves a firm a voicemail message or sends an after-hours email. That means you or your firm must call back the prospect to set a consultation appointment.

How many times should you attempt to call before giving up?

According to sales research collected and analysed by Insightsquared, over 85% of prospects can be reached simply by continuing to call, even if it takes over 10 attempts to do so. 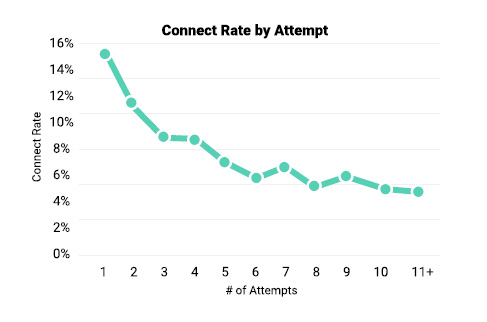 Data collected between June and August, reflecting over 21,000 calls, shows that your best shot at reaching a prospect is on the first attempt.

But even after 10 attempts, prospects are still reachable.

Of course, it takes valuable staff time to make the calls and track call attempts. This reinforces the need to answer all incoming calls rather than letting them go to voicemail.

It’s a much more efficient use of your time to answer calls when they come in, than making multiple return call attempts to reach a prospect.

Bottom line:  Always answer incoming calls. And when you can’t, continue to attempt call backs until you eventually reach the prospect rather than giving up.

INQUIRE ABOUT A LEADQ CLIENT GENERATION CAMPAIGN FOR YOUR LAW FIRM